9 Travel Books to Cure Your Wanderlust

Wanderlusters, the coronavirus pandemic has halted travel plans, but all is not lost, with these travel books and your imagination you can see the world and practice safe social distancing!

This post contains affiliate links. If you use these links to buy something I may earn a commission. Thanks!

What I did while you were breeding: A Memoir, Kristin Newman

Hands down one of the funniest books I have ever read. The author is a comedy writer who worked on How I Met Your Mother and serves the basis for the character of Robin. WIDWYWB is a juicy memoir of her romps around South America indulging her weakness for South American Men while all her friends were home getting married and starting families. If you have ever experienced the joy that is a vacationship, this book will hold special appeal to you!

Kristin Newman spent much of her twenties and thirties buying dresses to wear to her friends’ weddings and baby showers. Not ready to settle down and in need of an escape from her fast-paced job as a sitcom writer, Kristin instead traveled the world, often alone, for several weeks each year. In addition to falling madly in love with the planet, Kristin fell for many attractive locals, men who could provide the emotional connection she wanted without costing her the freedom she desperately needed.

Kristin introduces readers to the Israeli bartenders, Finnish poker players, sexy Bedouins, and Argentinean priests who helped her transform into “Kristin-Adjacent” on the road–a slower, softer, and, yes, sluttier version of herself at home. Equal parts laugh-out-loud storytelling, candid reflection, and wanderlust-inspiring travel tales, What I Was Doing While You Were Breeding is a compelling debut that will have readers rushing to renew their passports. 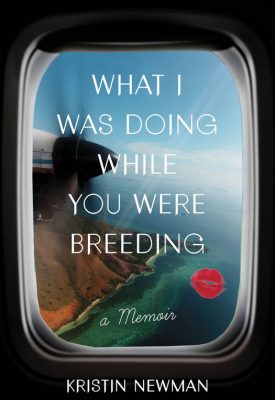 About A Girl, Lindsey Kelk 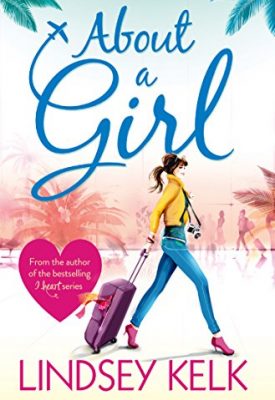 I found this book when I was in an airport on the way home from traveling Central America. The book cover instantly captured me – the print version features longboats bobbing in a tropical bay, and a camera. It could easily have been a cover for the novel I was writing. Even the premise made me do a double take…

Tess Brookes has always been a Girl with a Plan. But when the Plan goes belly up, she’s forced to reconsider.

After accidently answering her flatmate Vanessa’s phone, she decides that since being Tess isn’t going so well, she might try being Vanessa. With nothing left to lose, she accepts Vanessa’s photography assignment to Hawaii – she used to be an amateur snapper, how hard can it be? Right?

But Tess is soon in big trouble. And the gorgeous journalist on the shoot with her, who is making it very clear he’d like to get into her pants, is an egotistical monster. Far from home and in someone else’s shoes, Tess must decide whether to fight on through, or ‘fess up and run…

At over 1000 it is a brick, and I’ll be honest, I started reading it before my travels to Asia in 2017 and fell in love with the story. I couldn’t fit it in my bag so had to leave it behind. I have been meaning to pick it back to up finish it and I think now is the best time.

So begins this epic, mesmerizing first novel set in the underworld of contemporary Bombay. Shantaram is narrated by Lin, an escaped convict with a false passport who flees maximum security prison in Australia for the teeming streets of a city where he can disappear.

Accompanied by his guide and faithful friend, Prabaker, the two enter Bombay’s hidden society of beggars and gangsters, prostitutes and holy men, soldiers and actors, and Indians and exiles from other countries, who seek in this remarkable place what they cannot find elsewhere.

As a hunted man without a home, family, or identity, Lin searches for love and meaning while running a clinic in one of the city’s poorest slums, and serving his apprenticeship in the dark arts of the Bombay mafia. The search leads him to war, prison torture, murder, and a series of enigmatic and bloody betrayals. The keys to unlock the mysteries and intrigues that bind Lin are held by two people. The first is Khader Khan: mafia godfather, criminal-philosopher-saint, and mentor to Lin in the underworld of the Golden City. The second is Karla: elusive, dangerous, and beautiful, whose passions are driven by secrets that torment her and yet give her a terrible power.

Burning slums and five-star hotels, romantic love and prison agonies, criminal wars and Bollywood films, spiritual gurus and mujaheddin guerrillas—this huge novel has the world of human experience in its reach, and a passionate love for India at its heart. Based on the life of the author, it is by any measure the debut of an extraordinary voice in literature. 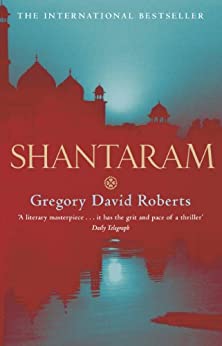 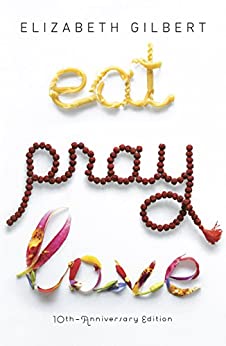 Would any book list be complete without the mention of Eat Pray Love, Elizabeth Gilbert’s travel memoir that spawned an entire genre?

This beautifully written, heartfelt memoir touched a nerve among both readers and reviewers. Elizabeth Gilbert tells how she made the difficult choice to leave behind all the trappings of modern American success (marriage, house in the country, career) and find, instead, what she truly wanted from life. Setting out for a year to study three different aspects of her nature amid three different cultures, Gilbert explored the art of pleasure in Italy and the art of devotion in India, and then a balance between the two on the Indonesian island of Bali. By turns rapturous and rueful, this wise and funny author (whom Booklist calls “Anne Lamott’s hip, yoga- practicing, footloose younger sister”) is poised to garner yet more adoring fans.

This one is a little different from the others, as it’s about a traveler adjusting to life at home, but it’s definitely something we can all relate to right now.

A hilarious, deftly written debut novel about a woman whose wanderlust is about to show her that sometimes you don’t have to travel very far to become the person you want to be…

There are many reasons women shouldn’t travel alone. But as foul-mouthed, sweet-toothed Kika Shores knows, there are many more reasons why they should. After all, most women want a lot more out of life than just having fun. Kika, for one, wants to experience the world.

But ever since she returned from her yearlong backpacking tour, she’s been steeped in misery, battling rush hour with all the other suits. Getting back on the road is all she wants. So when she’s offered a nanny job in London – the land of Cadbury Cream Eggs – she’s happy at the prospect of going back overseas and getting paid for it. But as she’s about to discover, the most exhilarating adventures can happen when you stay in one place…

Wise, witty, and hilarious, Girls Who Travel is an unforgettable novel about the highs and lows of getting what you want—and how it’s the things you least expect that can change your life. 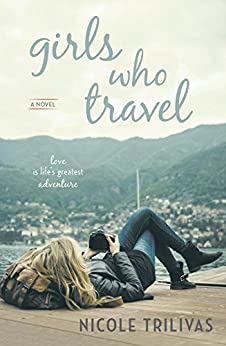 The Girl from Everywhere, Heidi Heilig 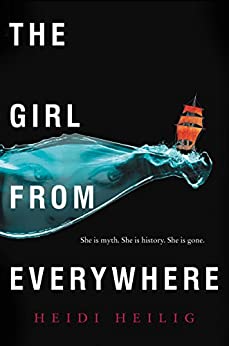 This beautifully written novel is in the fantasy genre, but it will transport you not only to different locations, but also different places in time.

The Girl from Everywhere, the first of two books, blends fantasy, history, and a modern sensibility. Its sparkling wit, breathless adventure, multicultural cast, and enchanting romance will dazzle readers of Sabaa Tahir and Leigh Bardugo.

As the daughter of a time traveler, Nix has spent sixteen years sweeping across the globe and through the centuries aboard her father’s ship. Modern-day New York City, nineteenth-century Hawaii, other lands seen only in myth and legend—Nix has been to them all.

But when her father gambles with her very existence, it all may be about to end. Rae Carson meets Outlander in this epic debut fantasy.

If there is a map, Nix’s father can sail his ship, The Temptation, to any place and any time. But now that he’s uncovered the one map he’s always sought—1868 Honolulu, the year before Nix’s mother died in childbirth—Nix’s life, her entire existence, is at stake. No one knows what will happen if her father changes the past. It could erase Nix’s future, her dreams, her adventures . . . her connection with the charming Persian thief, Kash, who’s been part of their crew for two years.

I met fellow indie author, Alicia Crofton, on Instagram shortly after I published Runaways and while she was getting her own debut novel, Coffee My Love, ready for publishing. I fell in love with her style of writing and this story really brings the heat and brought me back to my own travels in Colombia (albeit with more romance!).

Emery Smith, a Chicago-born workaholic, wants to prove herself as a strong female leader in a male-dominated company. Assigned a task that would impact the lives of coffee farmers, she puts on her big-girl-VP pants and travels to Colombia to set up negotiations.

Luca Mendoza’s coffee plantation is on the brink of bankruptcy. His plans to confront the bigwigs are set aside when he rescues an enchanting American from an uprising led by his unhinged brother.

Deep in the exotic coffee fields of South America, Emery finds love, passion and inspiration that could help the Colombian farmers…but to save them, she must risk the precious career she has worked so hard to build. 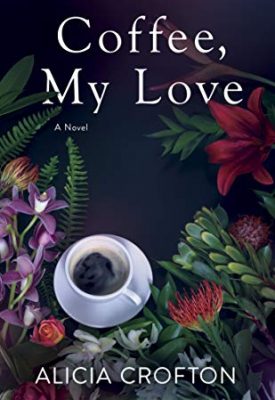 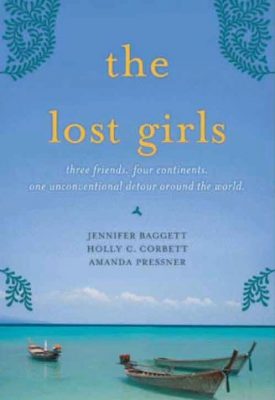 This was one of the books I read while writing my novel and brought me right back to by travels. Set in 2008, this memoir follows three friends who traveled South East Asia together. My only criticism is they left me hanging with some of the juiciest details of the trip – if you’re going to write a memoir please spill the tea!

Three friends, each on the brink of a quarter-life crisis, make a pact to quit their high pressure New York City media jobs and leave behind their friends, boyfriends, and everything familiar to embark on a year-long backpacking adventure around the world in The Lost Girls.

I’m ending the list with a shameless plug for my novel, Runaways! Getting from first words on a page to book signing was a feat that took eight years. In the “My Story” blog post I outlined the long road to birthing Runaways into the world,  and in subsequent posts I will tell more stories of my journey in writing and publishing, but right now, I want to take you on a journey around the world, with three best friends. 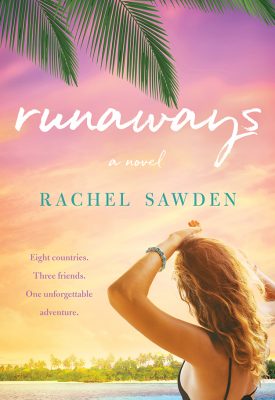 Have you read any of these books? I would love to know your thoughts, along with any other recommendations for my next list of great reads in the comment section!

The Most Instagrammable Places in Bermuda – Part...

What I Learned When I Accidentally Became An...

No any image found. Please check it again or try with another instagram account.
@2020 - All Right Reserved.